Cannabidiol (CBD) is the main active compound found in hemp, and it has significant medical benefits. Unlike THC, it won’t get you “high”, which makes it an appealing option. CBD is just one of hundreds of cannabinoids, terpenes, and phytonutrients present in hemp and beneficial to your overall health and wellness.

Cannabidiol (CBD) is just one of over 85 naturally-occurring constituents identified in the hemp plant. The most abundant non-psychoactive cannabinoid found in hemp, CBD is becoming increasingly popular due to highly publicized exposure in the media and the wide scope of its benefits on health and wellness. Clinical reports and mounds of test data showing little to no side effects and a lack of the psychoactivity typically associated with marijuana products and high THC levels have also contributed to CBD’s rise in 0. CBD will not adversely affect sensory awareness, perception, consciousness, reaction time, or behavior.

Cannabinoids, which can be either consumed or produced0 naturally by the body, are chemical compounds that interact with the endocannabinoid system (ECS), our body’s central regulatory system. The ECS, a physiological system first discovered in the late 1980’s, regulates the body’s general state of balance, impacting such functions as mood”sleep, appetite, hormone regulation, and pain and immune reponse.

Cannabinoids have been found to have antioxidant and neuroprotectant properties, making them useful in a wide variety of health and wellness applications. In addition to its positive effects on the endocannabinoid system, CBD has been the focus of more than 23,000 published studies about cannabinoids in relation to various medical indication 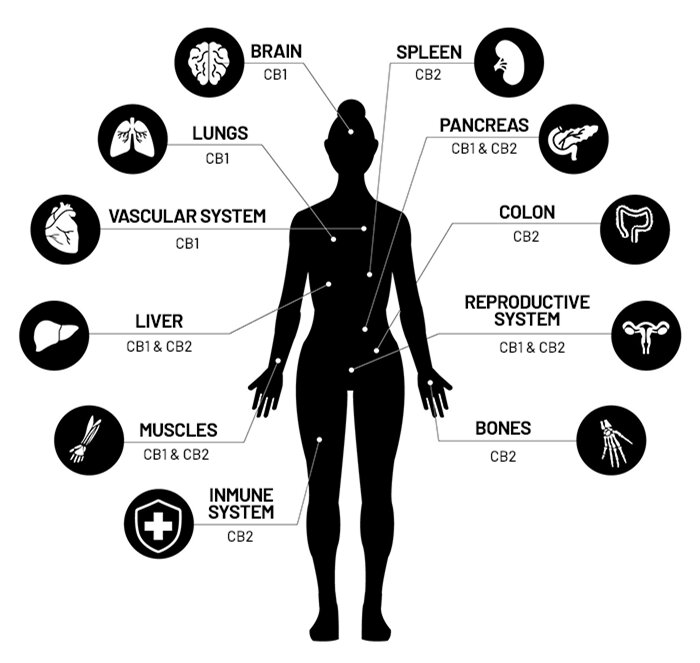 he endocannabinoid system is perhaps the most important system involved in establishing and maintaining human health. The ECS is involved in regulating a variety of physiological and cognitive processes including fertility, appetite, pain-sensation, mood, and memory. With its complex actions in our immune system, nervous system, and all of the body’s organs, the endocannabinoid system is literally a bridge between the body and mind. By understanding this system, we begin to see a mechanism that explains how states of consciousness can promote health or disease.

Found on the surface of your cells, cannabinoid receptors are present throughout the body and “listen” to the environment around each cell. Information on current conditions is transmitted to the cells by cannabinoid receptors, and therefore they jump-start the proper cellular response if necessary. Properly functioning receptors create homeostasis in the body’s cells to keep you healthy and operating at your peak. The most-studied receptors are CB1, found mainly in the nervous system, and CB2, which occur in organs like the stomach, heart, and liver. 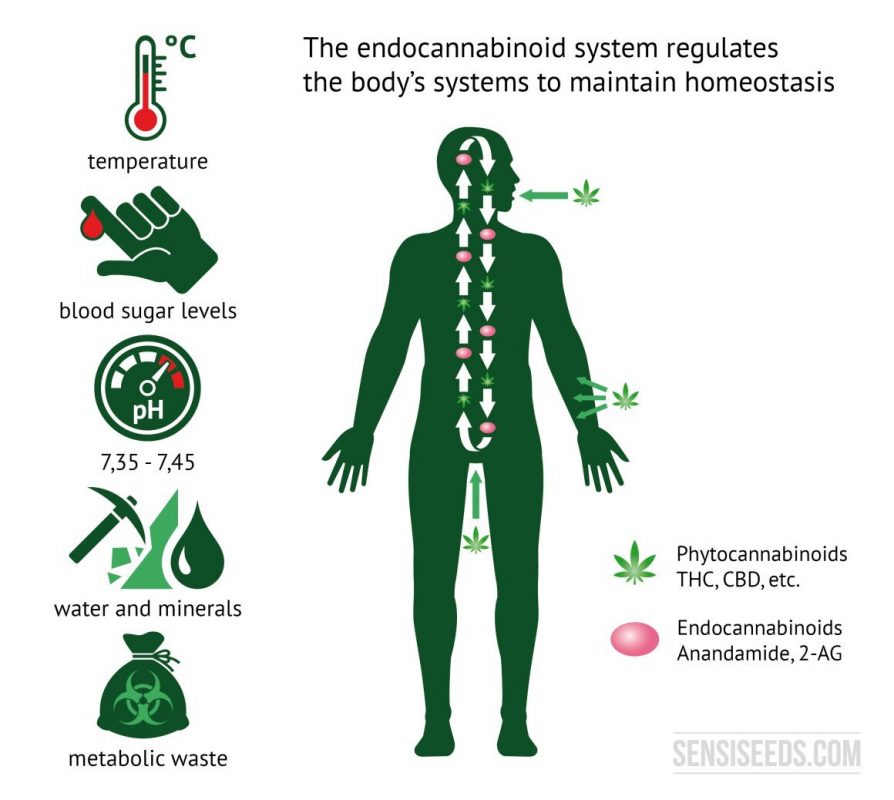 Full spectrum means that all available therapeutic compounds a plant has to offer have been extracted.

It was previously believed that CBD isolates were more potent and concentrated than full spectrum CBD. This assertion was eventually debunked by a 2015 study at the Lautenberg Center for General Tumor Immunology in Jerusalem. In that study, researchers were able to prove that full spectrum CBD is capable of offering greater levels of relief, as higher doses were administered to mice. By comparison, the group that was given CBD isolate did not experience the same level of relief at higher doses.

Studies have found that when you use a full spectrum hemp oil, the cannabinoids and terpenes naturally found in the whole plant create a synergistic effect, otherwise known as the “entourage effect”, and the interaction between the two create amplified effects as well as providing added benefits

Hemp (Cannabis sativa l.) is an ancient plant that has been cultivated for millennia by human civilization. A piece of hemp fabric is one of the oldest artifacts found on the planet and the Declaration of Independence was drafted on hemp paper.

The History Of Hemp

The legal status of hemp in the United States was changed by The Agricultural Act of 2014 (2014 Farm Bill). The ability to grow, cultivate, process, and market hemp to state Departments of Agriculture and institutions of higher learning as long as research projects in accordance with state and federal law were conducted was conveyed by Section 7606 of that act. Hemp must be industrial to be federally legal, and the Kentucky Department of Agriculture (KDA) is the authority on whether or not something is true industrial hemp.

Although passage of The Agricultural Act of 2014 (2014 Farm Bill) opened a small window allowing Americans access to industrial hemp, it wasn’t until the August 2016 issuance of a Statement of Principles by the USDA (co-signed by the DOJ/DEA and HHS/FDA) that federal agencies had a legal basis for the broad acceptance of industrial hemp. Recent clarifications have addressed and removed most of the legal questions regarding the movement of industrial hemp and hemp-derived products over state and/or international lines.

Kentucky’s leadership in hemp reform, stemming from its long history as the dominant American supplier of industrial hemp products, has ensured that its farmers and processors are in the forefront as this agricultural commodity re-emerges. In a jurisdiction as famous for its farmers and hemp as it is for its Thoroughbreds, Kentucky-grown industrial hemp enjoys the clarity of rules designed to regulate the agricultural production of this re-purposed crop.

This website uses cookies to improve your experience. We'll assume you're ok with this, but you can opt-out if you wish.
More info Accept